Buckled into our seats, the White Squid broke out from the hidden mountain base into a blinding snowstorm, stifling visibility beyond the tips of the ship’s bow of peculiar tentacles.  Hurricane winds rocked us hard as the thrusters desperately compensated for the turbulence.  Suddenly, the booster kicked in, lurching the ship upwards.  We climbed straight out of the storm while being pushed back into our seats from the acceleration.  The ship’s enormous canopy readjusted itself for differences in light intensity; darkening when the light was too bright and switching to transparent when outside it became too dark.

The view cleared.  We were free from the storm clouds and free from the planet’s gravity.  A silent, starry sky greeted us as the ship warned we were about to make the jump to the next system.  I held my breath.

Entering Hyperdrive, the FTL propulsion drive consumed a Warp Cell as it entered a crazy tunnel of psychedelic fireworks.  Although the ship’s canopy darkened, I preferred to close my eyes till the light show ended, which it soon did, marked with a voracious boom almost ninety-five light years later. 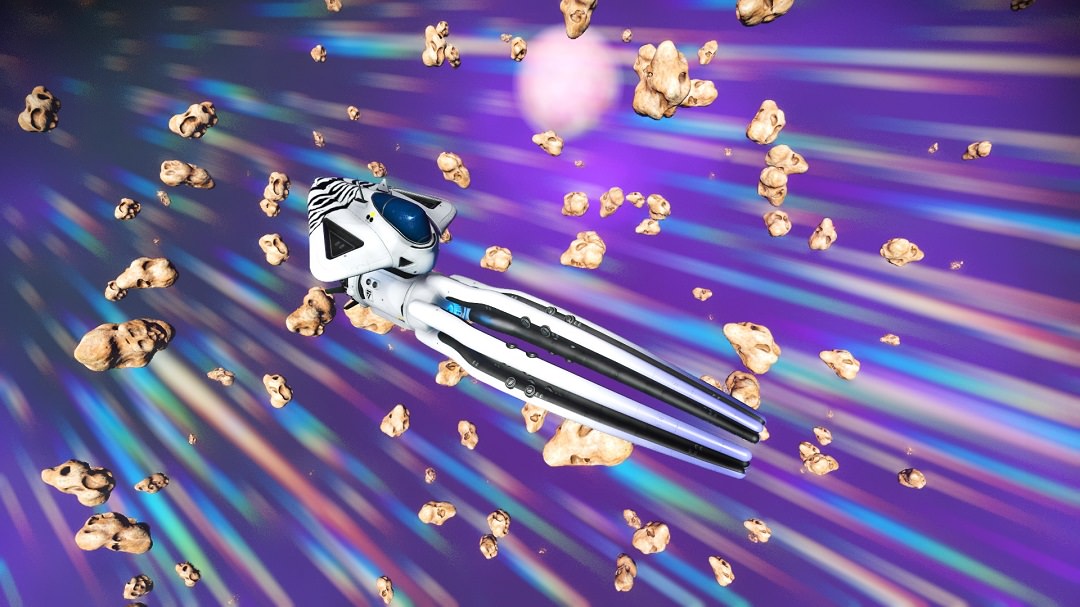 Two more jumps and almost three hundred light years later, we made the penultimate jump.  I was now seeing more stars inside the ship than outside.

Kailo made a loud croaking sound, but quickly placed his hand over his month and muttered an apology.

I looked back at Aria.  Like a conductor, both her hands were moving in precise patterns over the large panel in front of her at lightning speed.  How could she move so fast?  She had brought up strange equations and graphs, making changes and readjustments at the blink of an eye.

The ship continued its discouraging report.  “Unable to break free.  Escape velocity compromised.  Unable to correct course.”  I could feel the ship’s thrusters working at maximum, but nothing was happening, other than more stress being placed on the ship’s structure.  “Danger!  Impact with gravity well imminent!”  The ship went into a loop of repeating the same message while trying to break free.  It was hopeless.  The ship was depleting all its stores of iron by exerting the pulse engine’s boost to break free.  Sooner than later, the iron would be drained, and all hope gone with it.

“Garrehhh,” Kailo moaned.  He had closed his eyes and seemed to be praying.

Aria ignored our cries and continued to enter calculations.  I caught glimpses of symbols, numbers and letters, of G’s, M’s and R’s.  “Keep the ship’s nose on a rotation pattern.  Focus on the forward horizon of the gravity well and keep it there.  Minimal iron consumption, we’re going to need what’s left.”

Gravity had now taken complete hold of the White Squid, moving us into the gravity well faster and faster.  We were approaching the threshold of the well.  The sky seemed to be filled with charged particles of photons and electricity, all falling into a swirling mass of currents, whose core was so black all shape and form was lost in its empty despair.

I was shocked to hear Aria’s next command.  I couldn’t believe what she was saying.

“No!  We’ll die, Aria!”  I shouted, but the boom of the thrusters drowned out my voice along with my plea.

Kailo started to laugh.  The poor Gek had lost his mind from sheer panic and fear.

“Ha!  Good move, Aria!  Whippy, springy, slingshot maneuver saves friends.  Kailo’s silly fear not help to think straight.  Good thing we have smart Aria here to save Kailo and silly traveller,” Kailo said, as he turned to me and laughed.

For a moment, I was unsure what had happened.  We seemed to have shot free of the gravity well.

“We’re not finished yet,” Aria said.

“This gravity well is a black hole, it’s tremendously powerful and we don’t have enough iron to make it out.  We’re going to be pulled back in again.  But we do have one option.  We have one more Warp Cell.”

“How will you be able to use it if we get pulled back in?”

“Once the slingshot has taken us to a safe distance, the ship will slow to a stop.  Just for a moment.  While paused, we can use the Warp Cell without endangering the ship’s integrity to escape the black hole.  We should be able to safely warp to the final system.  At least that’s the plan if everything goes as planned.”

No one spoke and I could sense Aria knew we were all placing our hopes on her calculations.  This had the effect of her refocusing on the task at hand.  She ignored Kailo’s crackles and croaks as I turned to look out of the canopy.  I didn’t want her distracted.  A single blue planet with two small moons.  One red and the other green, hung at the forefront of a beautiful purple nebula, which filled the canopy alongside a cacophony of twinkling stars.  Who had painted this?  What type of brushes had they used to paint such beauty?  If our mission were to fail here, then I suppose the ending wouldn’t be so bad.  I’d remember this image and be happy.

Something changed, I could feel we were slowly decelerating.  I turned to see Aria’s hands, which were blurs, moving ever faster over the large panel.  If that was even possible.  The White Squid slowed down and then finally stopped, for a moment.

Intelligence is the ability to adapt to change.